Plasma technology is an extreme thermal process using plasma, which converts organic matter into synthesis gas, which is primarily made up of hydrogen and carbon monoxide. A plasma chamber powered by an electric arc, is used to ionize gas and catalyse organic matter into synthesis gas with non-injurious solid wax remaining as a by-product. This method is used commercially as a form of waste treatment and has been tested for effective disposal of Municipal solid waste, biomass, industrial waste, hazardous waste and solid hydrocarbons such as coal, oil sands, pet coke and oil shale.

Process: The plasma chamber uses natural gas such as nitrogen. A strong electric current under high voltage passes between the two electrodes as an electric arc. Pressurized inert gas is ionized passing through the plasma created by the arc. The combination of controlled pressure and temperature contributes to the plasma reaction within the chamber.

The waste is heated, melted and finally vaporized. Only at these extreme conditions can molecular dissociation occur by breaking apart molecular bonds. Complex molecules are separated into individual atoms. The resulting elemental components are in a gaseous and solid wax phase. Molecular dissociation using plasma is referred to as “plasma pyrolysis”.

Feedstock: The feedstock for plasma waste treatment is most often municipal solid waste, organic Waste, or both. The feedstock may also include biomedical waste and hazmat materials. Content and consistency of the waste directly impact the performance of a plasma facility. Segregating and recycling Useful material before gasification provides consistency. Too much inorganic material such as metal and construction waste increases solid wax production, which in turn decreases syngas production. However, a benefit is that the slag itself is chemically inert and safe to handle (certain materials may affect the content of the gas produced, however). Shredding waste before entering the main chamber helps to increase syngas production. This creates an efficient transfer of energy which ensures more materials are broken down. 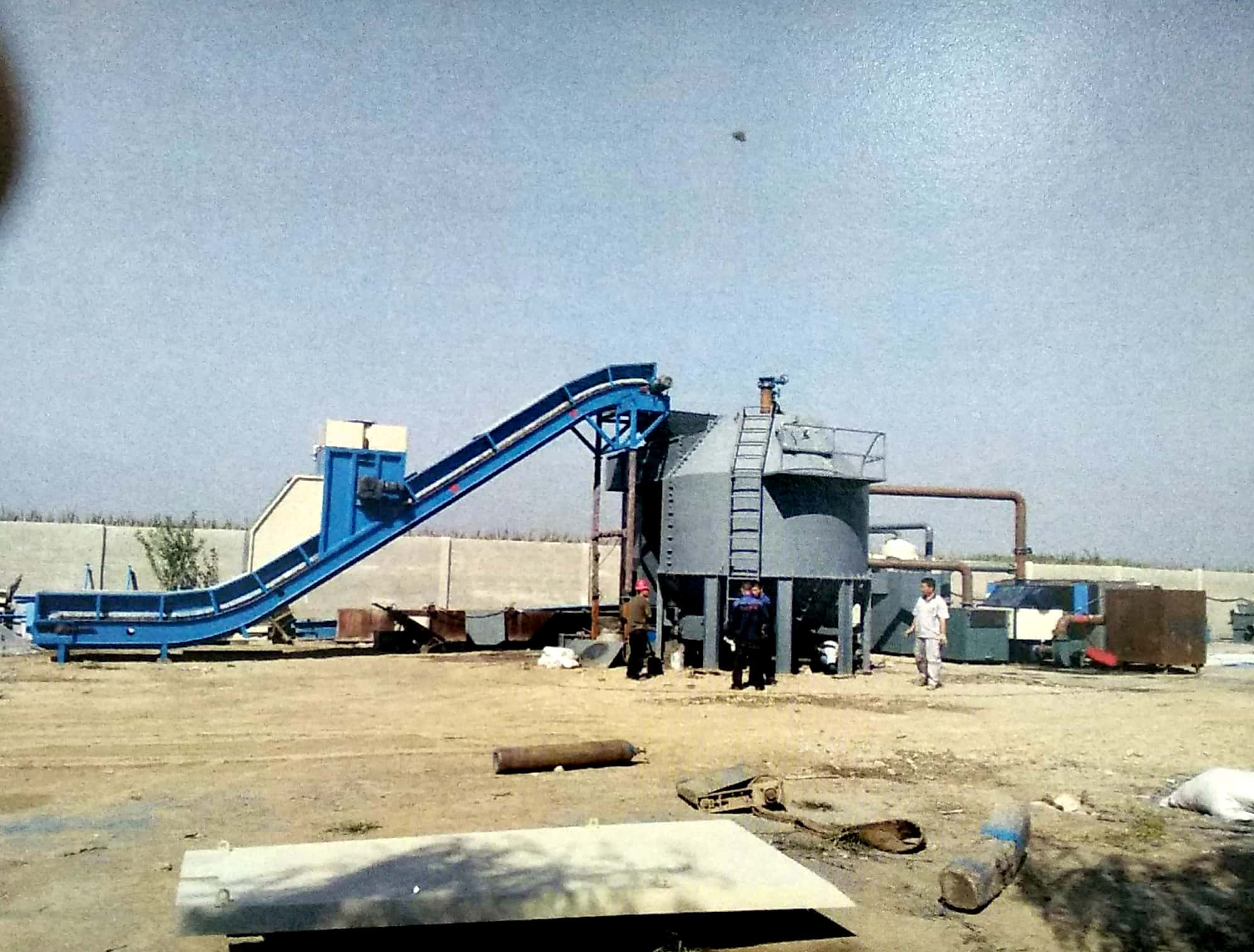